The last week of January 2002 gave the Kansas City area the worst ice storm it has seen in years--which was a sharp contrast to the very mild and dry winter we had had up to that point.  Literally inches of ice formed on streets, trees, and power lines as the result of several days' worth of freezing rain and sleet.  There were many broken trees and downed power lines.  Below are some pictures from that week.  (Our apologies if you have a slow internet connection.) 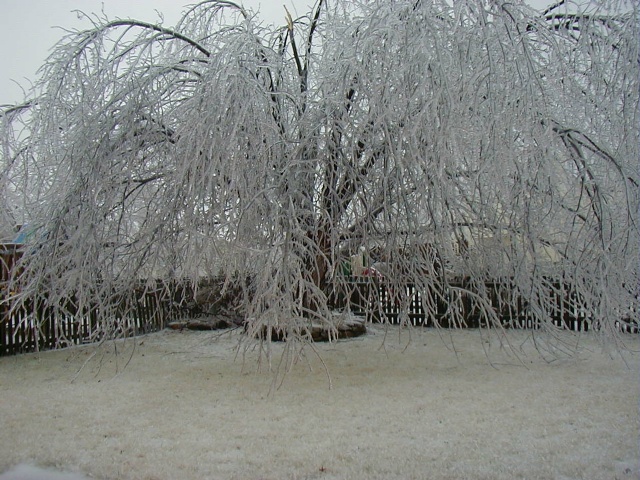 This is the big tree in our back yard. 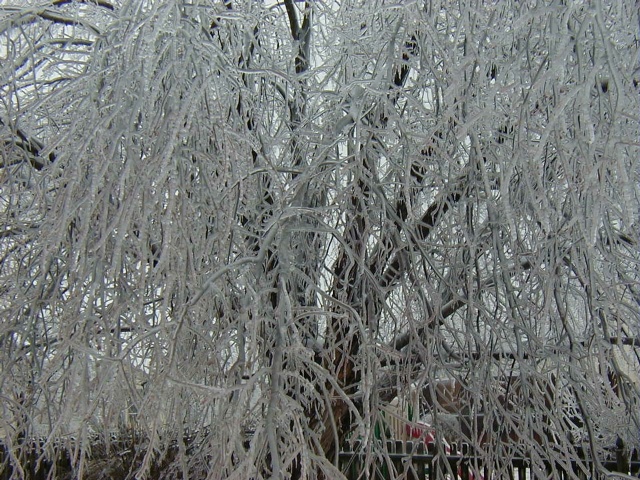 Below is a close-up of some branches--they're totally encased in ice. 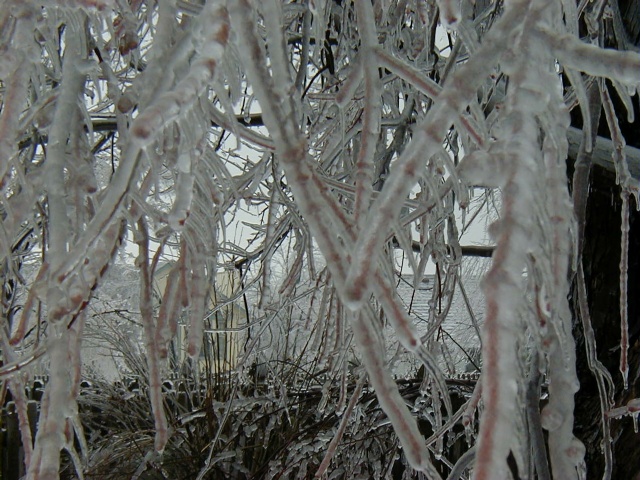 Below is a small tree in our front yard.  Note that all that white stuff is ICE--not snow! 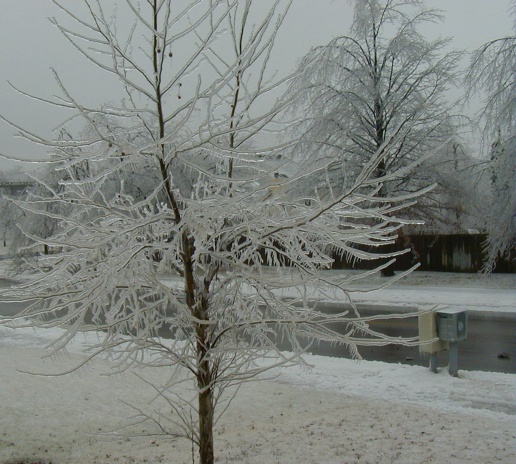 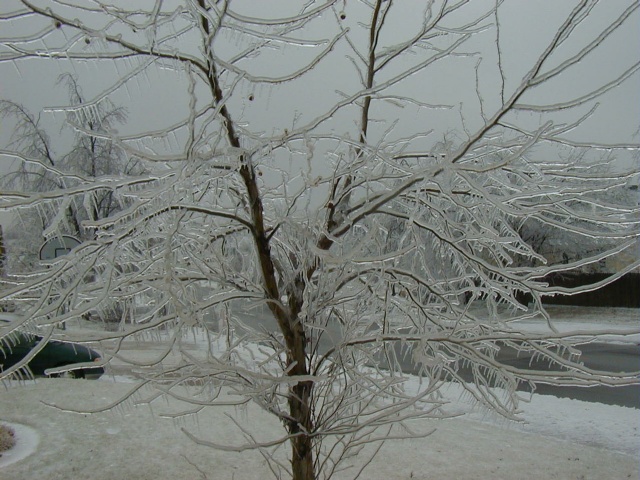 More close-ups to show how much the ice is built up. 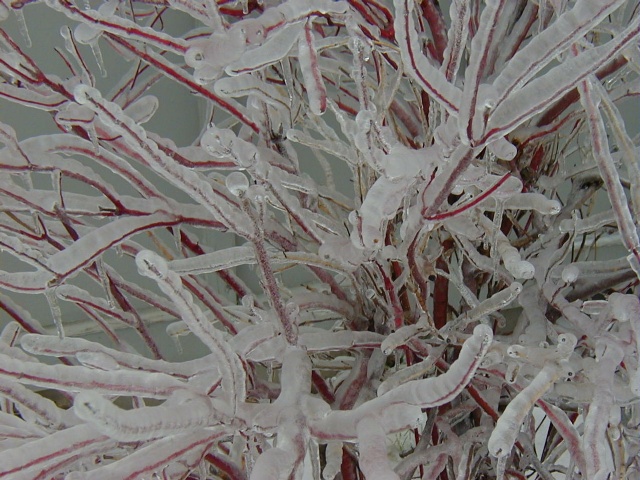 That's our grass below. 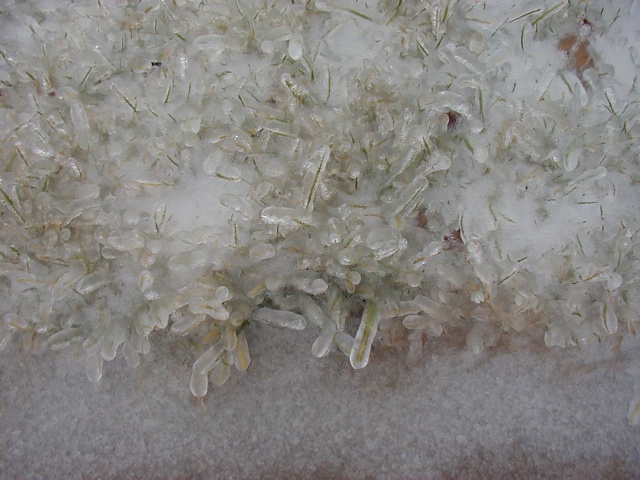 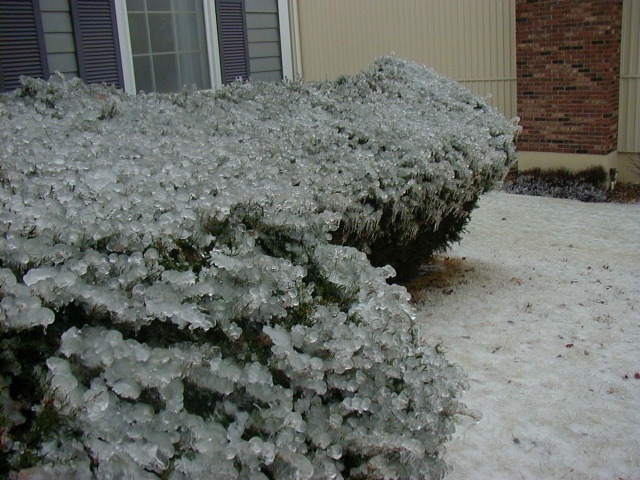 The front side got more ice build-up, so it was heavier and caused the shrubs to lean away from the house. 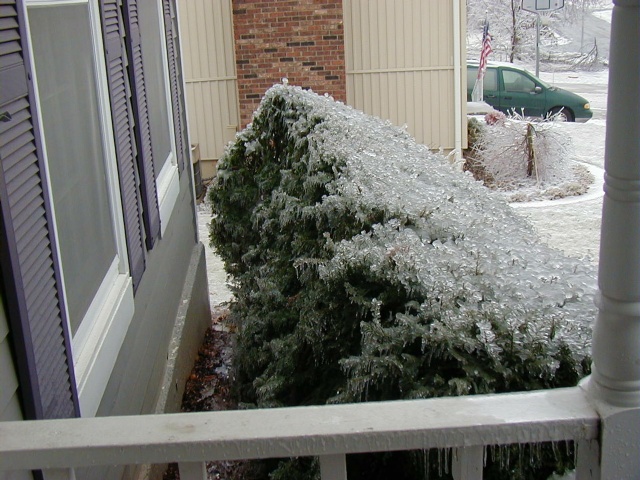 Here's Mike's car from sitting outside during work. 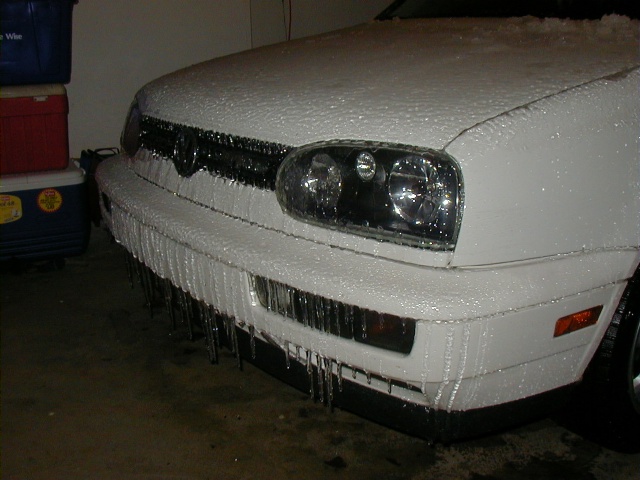 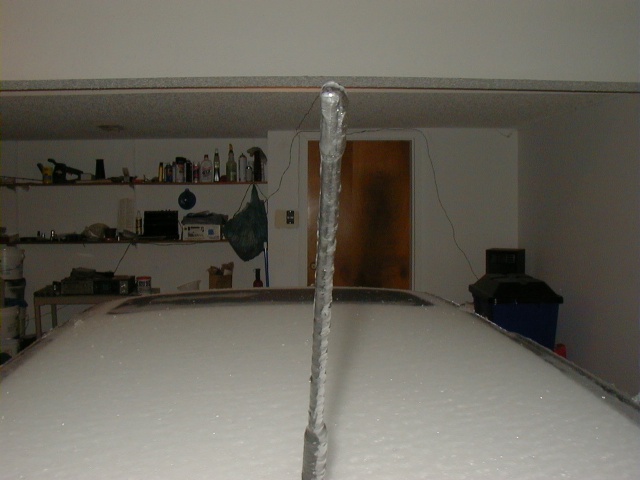 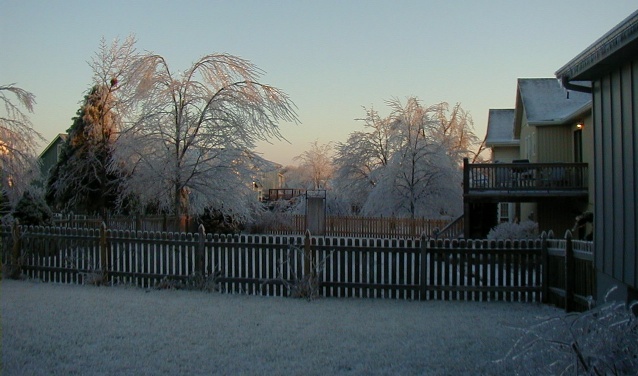 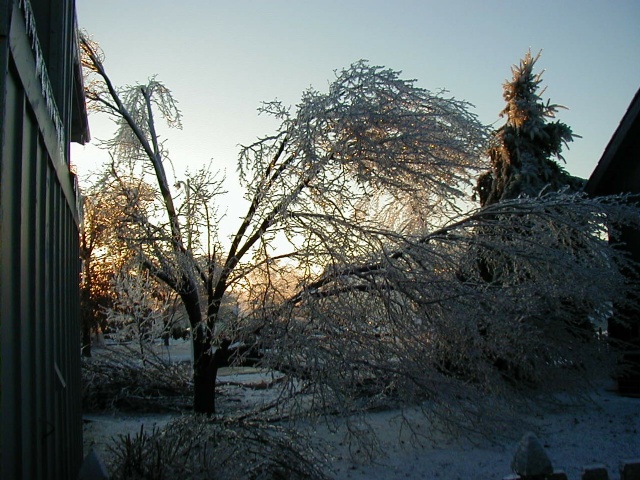 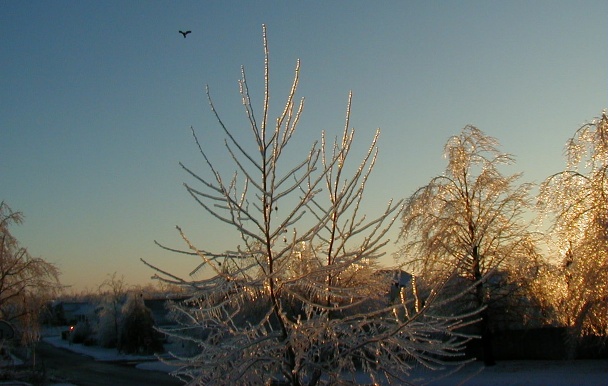 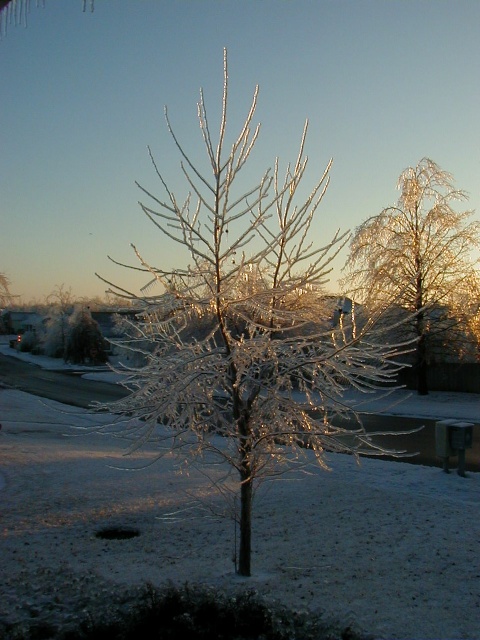 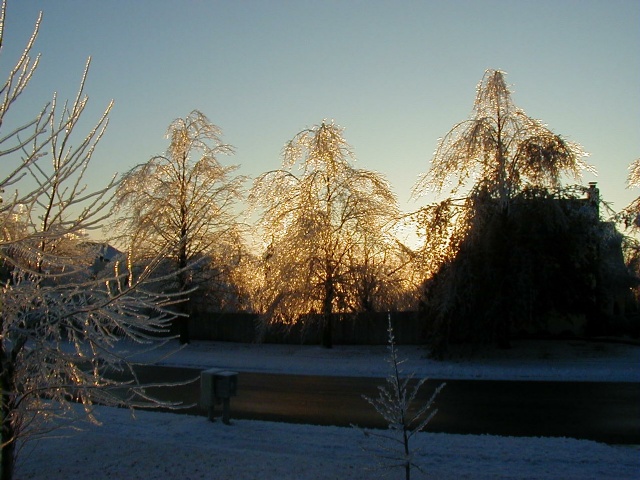 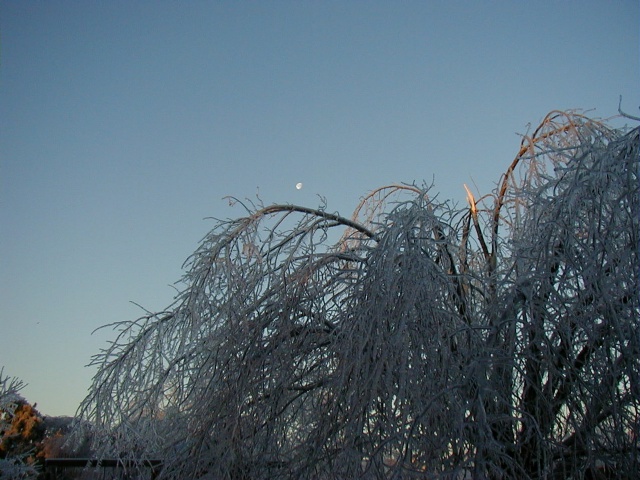